He was born Anno Sjoerd Brandma, in Friesland, a province of Holland.

“The Friesan people are an agrarian people, close to the earth…they are a very constant people, who are militant yet like their silence as well. Titus was his father in action, his mother in his thinking. A very good combination for Carmel, active and contemplative.”  – By Fire Into Light 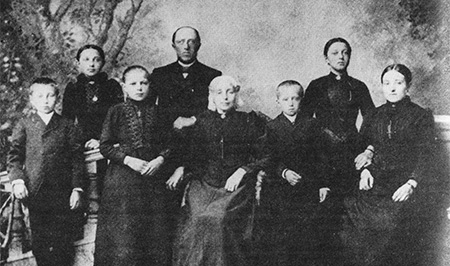 Anno’s Father, a farmer, hearing someone moving about the farm, ran out but returned without having caught the culprit.

To which Anno responded, “What a good thing Dad didn’t catch him and doesn’t know who it is!”

“Anno, do you know what? You are a very bright boy!…You are too bright to be a Franciscan,”.

“There are many bright Franciscans Father,” replied Anno.

“I am talking about you, Anno. You should be a Jesuit…not a Franciscan.” 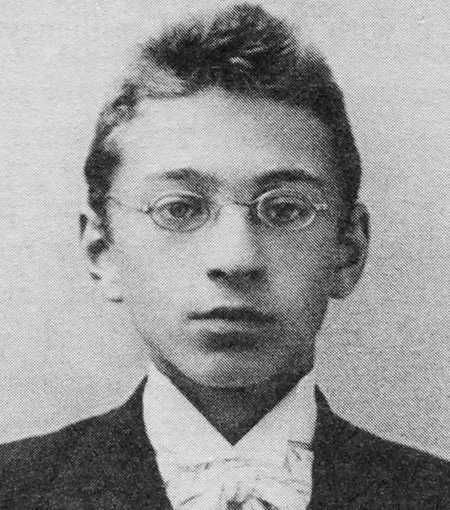 Being unable to endure the rigors of Franciscan Life, Anno entered the Carmelite Monastery in Boxmeer, Holland.

Anno took his Father’s name, Titus, when he entered the novitiate,

He wrote to his parents, ”I believe God called me here”. 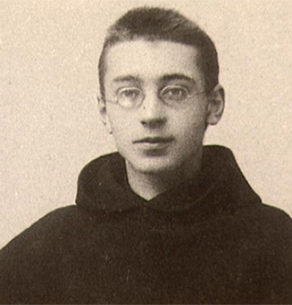 Strong Devotion to Our Lady

As a Carmelite,  Blessed Titus’ way to God was with and through Mary.

“In the Communion of Saints, which is an article of faith, Mary is seated on the most sublime and unique throne. It is impossible to reach those heights, but this does not mean that we have no part in her glory, that we are not one with her…From all eternity God has also chosen us, and in creation from all eternity he loved us and predestined us to live in intimate union with Him who wishes to inhabit us by grace. And if this union is not as sublime as that of the divine maternity of Our Lady, still we too with full rights can be called God-bearers and to us too the Lord sends his angel to ask us ever so often to open our hearts to the light of the world in order to carry it about…We also must receive God in our hearts, carry him under our hearts, feed him, and make him grow in us in order that he might be born of us and live with us as God-with-us.  –Essays on Titus Brandma 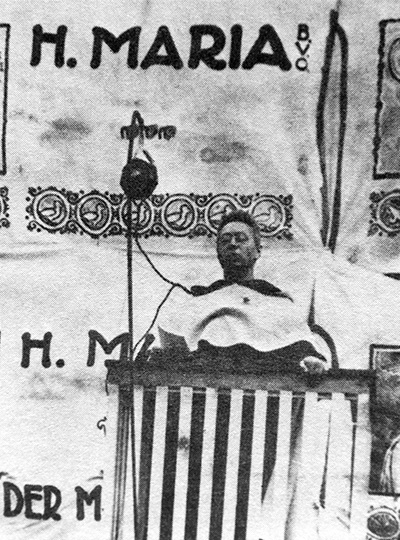 Receiving his doctorate in Philosophy he returned to the Netherlands and took a teaching position at Oss. He was known in Holland as “The Professor”

“I never heard him lecture about mysticism, but in his lectures about philosophy he spoke repeatedly about mysticism…it was clear, he felt an affinity with mystics which he did not feel for philosophers. In the years that I as a student had regular contact with him, I always had the impression that with him it was the question of a “presence de Dieu” (living in God’s presence).”

“This appeared from numerous brief spontaneous remarks he almost unconsciously made in his lectures and which did not properly pertain to the subject.”

“At Nijmegen, when he used to go every morning to the University, he often saw an old man pushing his heavily laden hand-car up a certain hill. Father Titus would throw his briefcase on the wagon and help push the cart.”

During his novitiate, Titus began a lifelong study of the writings of Saint Teresa. He translated several of her works and published them. He developed an in-house magazine for the Carmelites which he eventually published for all Dutch Carmelites.

“Last night I was still working until one-thirty and this morning I said Mass at six-thirty since school started again at eight-o’clock.” 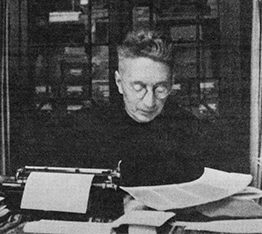 1932-1933–Rector Magnificus of the Catholic University of Nijmegen

Titus was chosen as Rector Magnificus of the University of Nijmegen for the academic year 1932-33. His one hour opening address on The Concept of God caused a great stir and drew the interest of the nation–it was considered as something of a theological breakthrough. He wished to show that everyone is called to mysticism.

“Why,” Titus asked, “were the intellectuals everywhere in the world turn away from God in such large numbers?
We must see God first of all in the innermost part of our being…and this must reveal itself in our words and deeds, radiate our entire being and conduct….Where faith, hope and charity are being exercised in a most heroic manner, there we experience the nearness of the divine. There God confronts us as it were, through the person who exercises these virtues and anyone who witnesses it will fall under the spell of the divine radiance.” 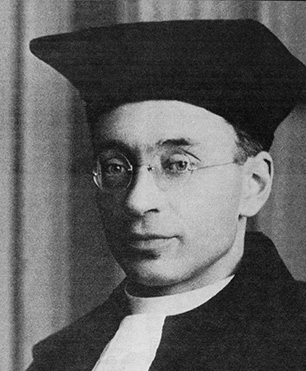 “He sought perfection especially in love. He was good to everyone and wished to help them. Love of neighbor was his most conspicuous virtue. He always trusted in God. He also stimulated other people to trust him. He used to say,’ We must leave everything to Our Lord…pray and trust in God…He often said, ‘Do your best and God will do the rest’.”

His Definition of Holiness

One Day his sister Maria, a Poor Clare asked…

“Brother, what must I do to become perfect.”

He replied, “Carry out your daily duties punctually, even to the smallest things. This is so simple! Follow Our Lord like a young girl and skip about behind Jesus; leave all your worries to Him; this way you’re doing enough, this is perfection—don’t tire yourself out, surrender yourself.”

“We must see God first of all as the deepest Ground of our being…and adore Him not only in our own being, but just as much in all that exists, first of all , in others, but also in nature, in the universe, as He is omnipresent and permeating everything with the work of His hands. It is in doing so that we shall always remain in contemplation before Him.”

“This indwelling and impact of God must not merely be the object of intuition, but must manifest itself in our lives, express itself in our words and deeds, irradiate from our whole being and in our actions…not “seeking Him in places and in streets, but in the depths of our being, so that we see Him there with our intellect, love Him with our will, hold on to Him with all our faculties, that He may live in us, evermore…”

“We go on living our own lives and think much too little of how in God we are united with each other and all together are united with Him.”  –Address Essays on Titus Brandma

Known by the Nazis as “A Dangerous Little Friar “

Following the German invasion of Holland in the spring of 1940, in a letter to editors of the Dutch Catholic newspapers, a year later,  he warned the press of the enemy censorship,

“The day will come when The Hague will expect us to become propagandists of Nazism. No, my friends, we must  give way no further; there are limits and we have reached them”.

Titus wrote further and traveled throughout Holland,   “undaunted by the presence of the German army and the Nazi political machine, ” (which he continued to condemn outright) , courageously defending the liberties of the people and the Catholic Church, the chief source of resistance to the regime. -Essay -The Limit Has Been Reached

Titus wrote one of his most beautiful passages (My Cell), and started a biography of Saint Teresa of Avila.

“I had no stray holy card of Our Lady in my Breviary-and surely her image ought to be in a Carmelite’s cell. I managed this too. In the part of the Breviary we are now using, and which fortunately was left to me, is the beautiful picture of Our Lady of Mt. Carmel. So now my Breviary is standing open on the topmost of the two corner shelves to the left of the bed. When I am in bed, my eye catches at once the star-bearing Madonna. Hope of all Carmelites.”

“Blessed Solitude. I am quite at home in this small cell. I never get bored here-just the contrary. I am certainly alone but never was our Lord so near to me. I could shout for joy because now, when I cannot go to the people nor the people come to me, He reveals Himself to me so often. Now He is my only refuge, and I feel so secure and happy. If He ordered it I would stay here forever.”-My Cell 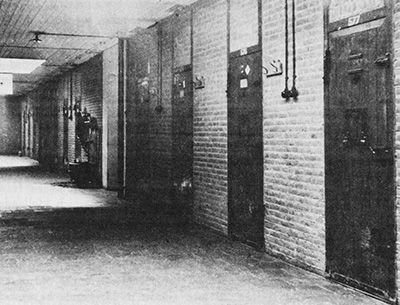 “His attitude was calm, serene, joyful, and kind. That merriment and that patience did not demand an effort on his part.“

“If anyone asked him whether he had been beaten, he would answer smiling: ‘For that fellow beating seems to signify his morning prayer’. When I had finished tending his swollen feet and helped him to get up, he would tap me on the shoulder with a smile and say to me ’Now Brother, I’m a gentlemen again’. I never saw him angry or in tears, notwithstanding the terrible treatment he had to cope with.

“How happy he was when I would bring him communion. One evening as Fr. Titus was being inspected he was set aside. A few moments before I had passed the Blessed Sacrament to him secretly and he had put it in his spectacle case and hidden it under his armpit. The head of the cell block with one blow laid Fr. Titus out on the floor. He tried to rise, but the continued blows sent him back to the floor. He managed to crawl under the beatings until he reached the dormitory door where I picked him up and anything, for I was adoring Him whom I carry”. Then he said, “ Let us say an Adoro Te together”. Silently we adored in prayer the hidden God who was in our midst.”

”What was most noticeable was his goodness, his meekness, his radiant face…his eyes were extremely gentle; he had great joy. He was very well mannered, given his priestly formation and his delicacy of character. The way in which he greeted anyone who came to him, with a cordial  and understanding smile, provided warmth to frozen souls.”Essays on Titus Brandsma 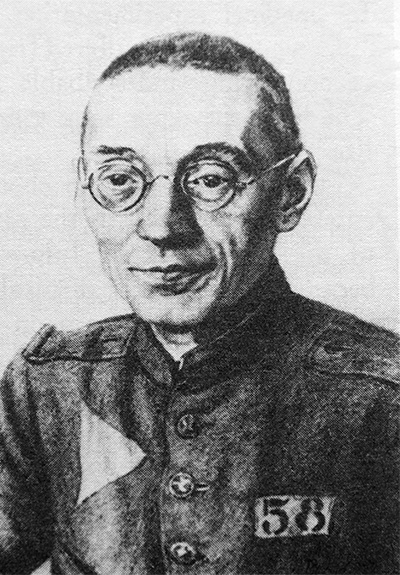 From the nurse, an unbeliever who returned to the faith, who gave him the lethal injection:

“He had great compassion for me. He asked me how I ended up there. I told him how things had gone. He did not show the slightest bit of hatred for me… he took my hand and said, ‘You’re a good girl. I will pray for you very much…He gave me his rosary to pray. I told him I was not capable of praying, and so it was of no use to me. He told me that even if I could not pray, I could as least recite the second part of the rosary, ‘Pray for us sinners.’  I laughed at that. …Hundreds of priests made no impression on me; only Father Titus…I liked him.” –Essays on Titus Brandsma

We must first and foremost see God as the deepest ground of our being, concealed in the innermost part of our nature, but there nevertheless to be seen and contemplated…

The indwelling and inworking of God should not only be the object of intuition, but reveal itself in our lives, finding expression in our words and deeds, emanating out of the whole of our being and all that we do.

I see God in the work of his hands and the marks of his love in every visible thing, and it sometimes happens that I am seized by a supreme joy which is above all other joys.

Live in the awareness of living in God’s presence.

Realize and use better the gift of acting with awareness.

Keep things simple. Follow our Lord like a child, and skip along behind Jesus. Leave any troubles in His hands.

Those who want to win the world for Christ must have the courage to come in conflict with it.